Being the second most visited wine region in the United States, Texas Hill Country AVA is second only to Napa and the region stretches across a distance of about 15,000 square miles. Texas Hill County is home to about 30 different wineries and it is difficult to decide which one of these wineries to choose from as they all have remarkable scenes and excellent wines. The following, however, are the best 8 of the wineries that are worth visiting: 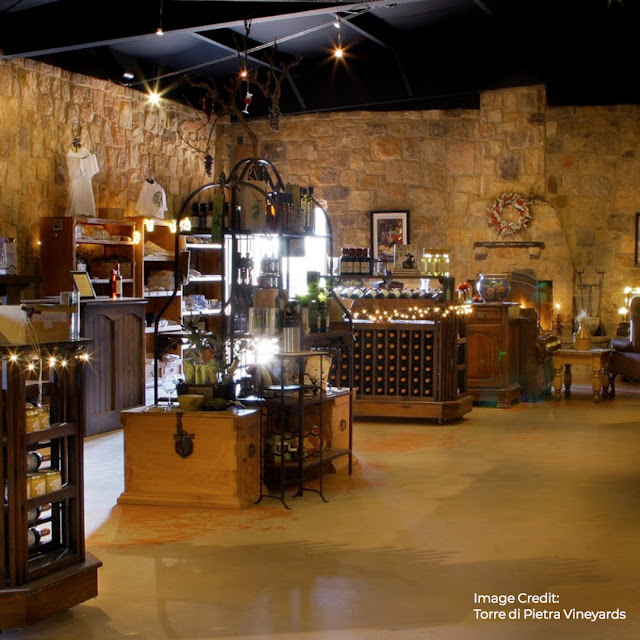 
Owned and operated by the Maxwells over ten years, Torre di Pietra happens to be one of the warmest wineries in the region; it makes sure that its guests get a homey experience and also allows pets. Ken Maxwell, the owner of this winery, was taught by his grandfather and his great-grandfather. He currently partners with his son, Ben, and they both have succeeded in turning their grapes into great creations.

The top picks of this winery include: Cabernet Sauvignon, Claret (both Cabernet and the black Spanish blend) 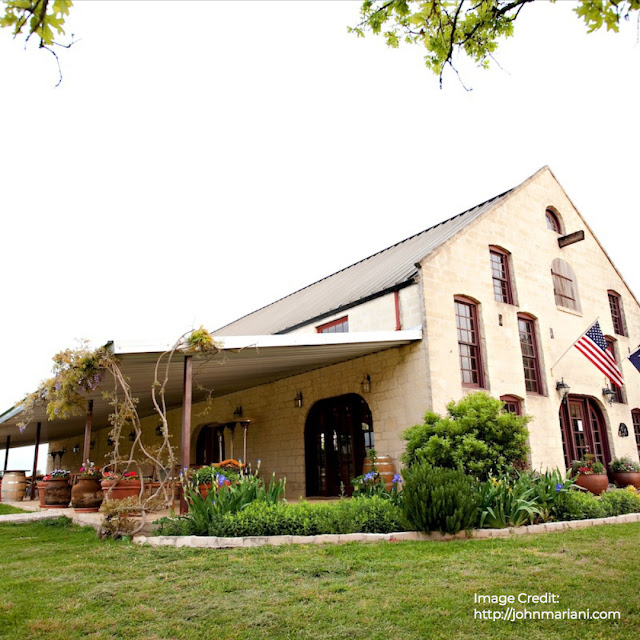 Becker Vineyards was established in 1992, making it one of the oldest wine vineyards in Texas Hill County and it is the third largest wine vineyard in Texas. Stretching across 46 acres, the Vineyard is filled with lavender fields and a late 19th-century reproduction German stone barn that houses the tasting room amongst other things. Now a 100,000 case-per-year winery, Becker Vineyards has received several awards for its wines.

The wines are produced purely from Texas fruit and are labeled Texas symbols such as the "Rawhide" of the Malbec label.

The top picks of this winery include: Reserve Malbec and Viognier. 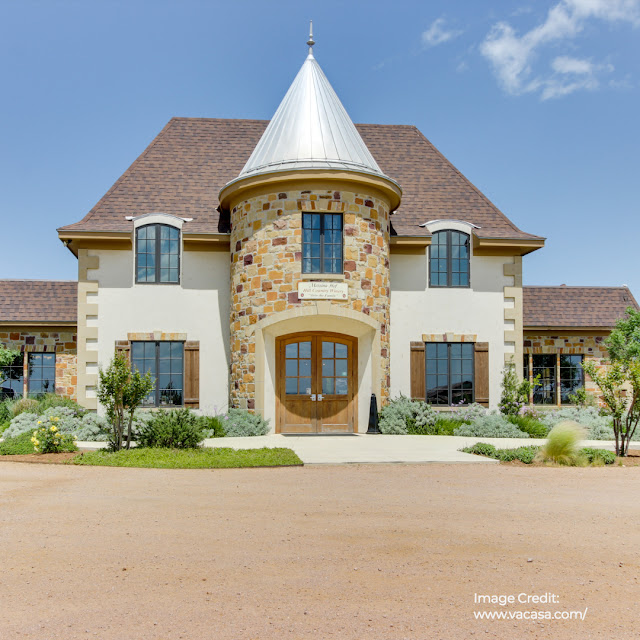 Another one of the multiple-award-winning wineries of the southwest. Messina Hof stretches across 1,050 acres, with the one in Hill country sitting across 10 acres. Messina Hof also makes its wine from 28 vineyards, producing 85 wines from 27 varieties. There are more than 50 options available in this winery and they are all mind-blowing. It is family owned and operated.

The first vintage wine was produced by Paul Bonarrigo and his wife, Merrill in 1983. 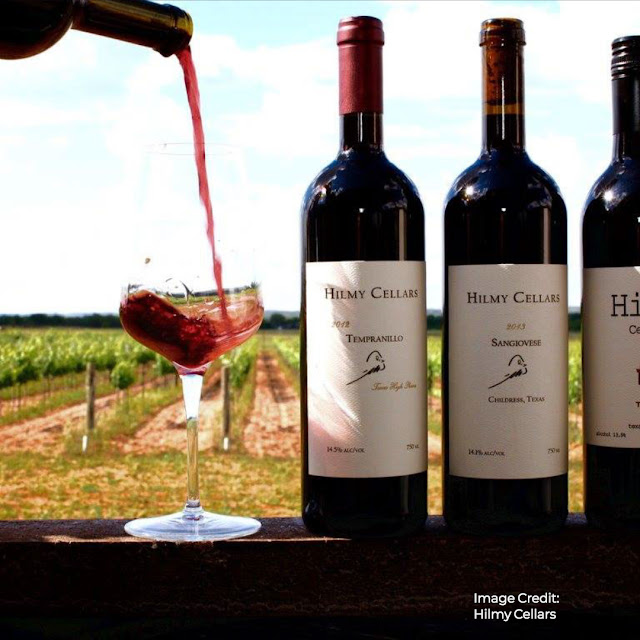 With the team including guinea fowls, Great Pyrenees, sheep and other animals whose jobs range from keeping the insects down and protecting the vines from deer. All part of the plan of the owners; Erik and Neldie Hilmy to do what is best for the land in order to produce the best wine. This biodynamic approach employed has certain effects on the grapes grown on the vineyard and the wines they produce.

The top picks of this winery include: Erik Hilmy a.k.a. Viognier and Hilmy Cellars Sangiovese. 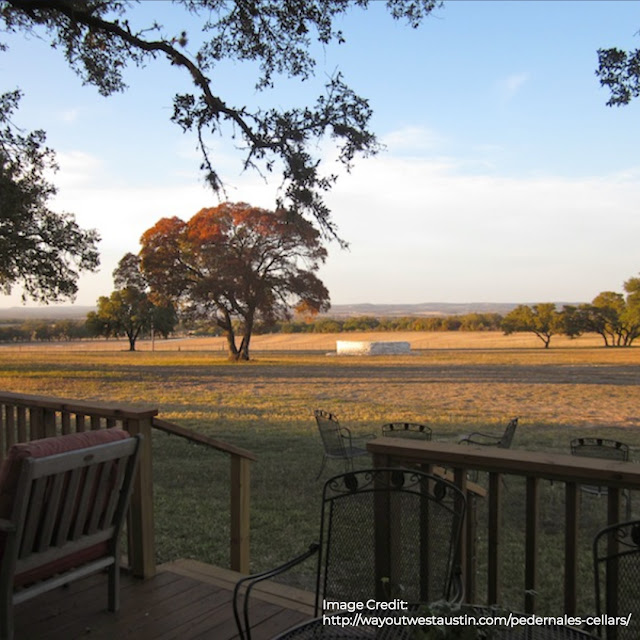 Pedernales Cellars sits atop 145 acres of land in Hill County. Its presence on the highway provides commuters with great views. The presentation at this winery is a formal one and it includes the overview of the wines during tastings.

Pedernales Cellars was established in the 1990's by a Larry and Jeanine Kuhlken when they planted a vineyard near Fredericksburg.

Their wines are 100 percent Texan. They offer two options for tasting depending on whether it is general wines or reserve wines you are interested in tasting.

The reserve wines tasting are made available exclusively for the wine club members.

The winery is popular today for its Spanish and Rhone-style wines.

It hosts special events like cooking demonstrations which feature live music on Saturdays. This happens all throughout the year.

The top picks of the winery include: Tempranillo Reserve and GSM (a blend of Grenache, Syrah, and Mourvedre)

They charge $15 for wine tasting and a souvenir glass.

The Vineyards opened their doors in the mid-1980's, making them one of the first vineyards to be opened in Fredericksburg. The first two things that welcome you on your arrival to the vineyard are the bell tower and the banner that tells you of your arrival at "Tuscany in Texas." The Tuscan-style villa overlooking the Vineyards is the site where you can try the 14 varieties and blends that the winery offers.

The current owners of the winery, Brian and Jennifer Heath acquired and expanded the winery in 2006 and it is owned and operated by their family.

On the weekends, there is live music that can be enjoyed on the patio with a glass of wine.

The top picks of the winery include: Viognier, Bellissimo (Super Tuscan)

It costs $18 for six samples and a souvenir wine glass. They charge $35 for a cellar tour and barrel tasting.

This vineyard is a super premium, boutique winery that is family owned and also deals in 100 percent Texan wines.

The owners of this vineyard, Bill Blackmon and Chris Brundrett are winemakers that grew grapes and also produced wines for other companies till the time they broke out and started their own Vineyards in 2008, naming it William Chris Vineyards. The tasting room of this vineyard used to be in a small barn but it has since been upgraded. The new tasting room offers you an amazing view that overlooks the outside seating area and vineyard.

The first vines of this Winery were planted in 1999, about 13 miles east of Fredericksburg. Winemaker and Owner Mike Guilette took charge of the winery in 2005 and since then, has groomed the grapes steadily, expanding the production.

The guests of this winery sit at tables and make their selections from one of four menus that include sweet wines, whites, reds or a mix of red and white varieties and blends which is also known as Mike's flight.

It costs $10 to taste and an extra $2 for the souvenir glass.

The wineries in Texas Hill Country own being Texan with their live music and Texas hospitality as well as their heavy reliance on the grapes that grow well in the Mediterranean. These wineries are regarded as some of the best wineries in the region with their exquisite and delicious tastes.
Email ThisBlogThis!Share to TwitterShare to FacebookShare to Pinterest
Labels: Local Fredericksburg Restaurants, Things To Do in Fredericksburg
Newer Post Older Post Home