Five Historic Towns Worth Checking Out in Texas Hill Country 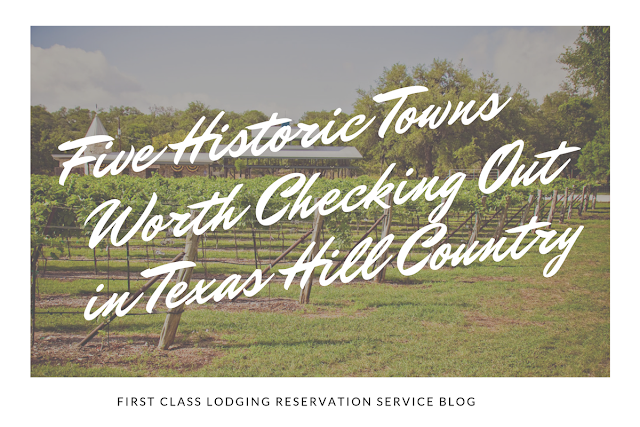 With its perfect blend of natural features and charm, it is no surprise that the Texas Hill Country attracts millions of visitors annually. Starting from its picturesque landscapes, wine vineyards, and the strong presence of antique historical landmarks dating back hundreds of years, there’s always something for everyone visiting Texas.

Even while enjoying the numerous outdoor activities, your trip could never be more complete without visiting the historical landmarks spread throughout Texas. Below are 5 historic towns that are worth checking out during your next trip to Texas Hill Country: 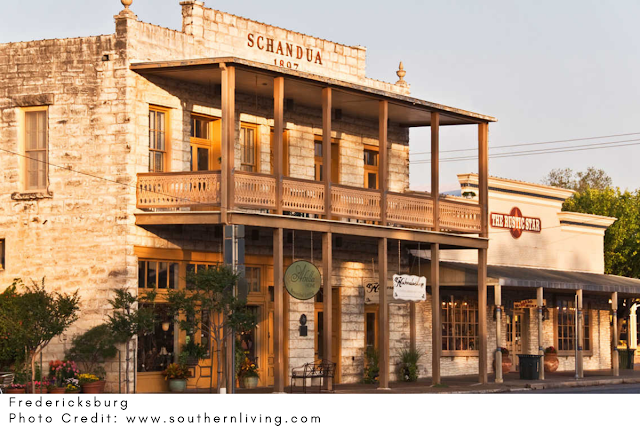 Located east of the center of Gillespie County, Fredericksburg is one must visit-town for history enthusiasts. This town was founded in 1846, and named after Prince Friedrich Wilhelm Ludwig of Prussia – a prince, general of the royal cavalry, and Division Commander.

Sometimes the town goes by the nickname ‘Fritztown’ which dates back to the old-time German residents. Fredericksburg is home to Chester Williams Nimitz, Sr., a fleet admiral of the United States Navy who was a major role player as a Commander-in-Chief and Pacific Fleet Commander in the World War II.

Fredericksburg is also well known as the home of the Texas German dialect which originates from the first generation German settlers who refused to learn English. Well, such are the features that have earned Fredericksburg a place in the National Register of Historic Places in Texas.

To get the real taste of history, head down to the Baron’s Creek at Fort Martin Scott. Founded in 1848, the site was used by the Confederate Army, US Army, and the Texas Rangers. Today, these grounds are home to the Texas Rangers Heritage Center.

What makes it livelier is that they offer live demos and hold events around the history and folklore of the Rangers. 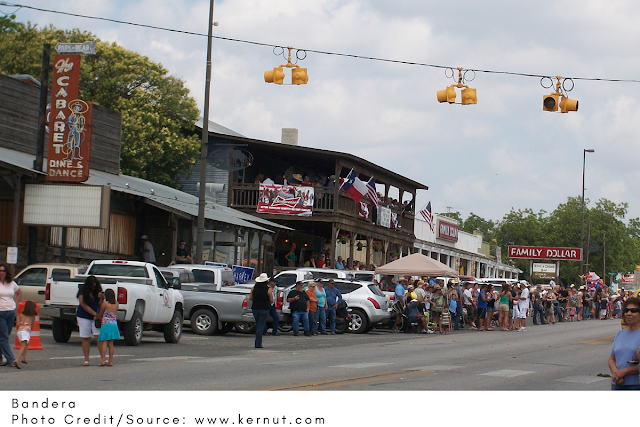 It has a small population of around 900 residents (as per 2010 census) and a total area of around 3.10 square km. Don’t be fooled by its size, Bandera still holds some of the juiciest historical story-lines in Texas Hill Country.

The town which is the county seat of Bandera County lies in the Edwards Plateau. It is also well known by its nickname ‘Cowboy Capital of the World’ which can be explained by its American Cowboy history dating back late in the 19th Century.

Bandera is home to the legendary Frontier Times Museum opened by author, historian, and printer John Marvin Hunter. While entering Bandera, you will see a sign street on the Main Street stating that Bandera was founded by the Roman Catholic immigrants. That also explains the St. Stanislaus Catholic church which is among the oldest buildings in all of Texas.

Bandera is also home to several music legends such as Robert Earl Keen, the Bruce & Charlie Robinson brothers, and the legendary western actor and singer Rudy Robbins. Did you know that Bandera is home of the Arkey Blue Silver Dollar honky-tonk country bar included in the 1975 horror film, Race with the Devil? 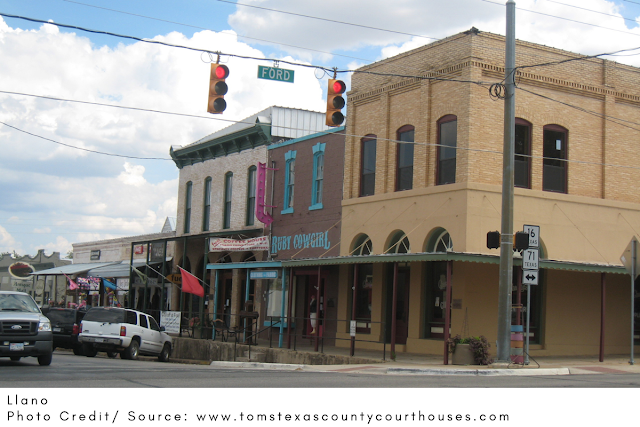 Llano Town started more like a frontier trading center with a few log-building housing as business establishments in the 1870s.

You will find the Llano Courthouse has a history dating back to 1893. The first Llano Courthouse was an ornate brick building completed in 1885 but later destroyed by a fire on January 22, 1892.
There’s also the Llano County Museum located on the northern end of the Llano River. You will find exhibits on local history and collections of the 1930s world-class polo player and Llano native, Cecil Smith.

Other places in Llano listed in the National Register of Historic Places include the Llano Jail, Badu Building, and the Southern Hotel.

In October of every year, Llano downtown residents set aside time for their Wild West Weekend. The event features chuck wagons, street dances, and even live music author readings. In Llano, your lesson on the value of western history and heritage is not only nourishing but also with plenty of fun activities as well. 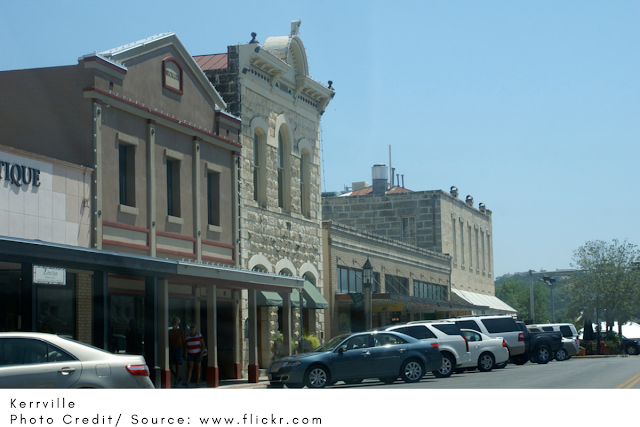 In addition to the beautiful parks lining the Guadalupe River, there’s a number of historical landmarks dating back to many decades ago. Kerrville was named after James Kerr, a doctor, politician, and a Major in the Texas Revolution.

The Museum of Western Art in Kerrville was founded in 1983 and features work of living artists who specialize in themes of the American West. It boasts of a collection with roughly 25 paintings, 150 sculptures, and a number of other artifacts.

Each year, there’s the Kerrville Folk Festival featuring folk musicians from all over the country. The event has been running annually since 1972 and goes on for 18 consecutive summer days at Quiet Valley Ranch.

Kerrville is home to the Capt. Charles Mansion which is also listed on the National Register of Historic Places. The Mansion, which has its history dating back to early 1960s, is now home to the Hill Country Museum – which is operated by Schreiner University.

Not exactly a town, but if its historical nourishment you are seeking, Enchanted Rock is definitely your place. Enchanted Rock is situated in the Llano Uplift approximately 27 km (17 miles) north of Fredericksburg and 39 km (24 miles) south of Llano.

In 1936, Enchanted Rock was designated a Recorded Texas Historic Landmark – which is awarded by Texas Historical Commission for ‘historical and architecturally significant properties in the State of Texas.'

Human habitation on Enchanted Rock has been traced back at least 10, 000 years (as per the archaeological evidence found.)

But perhaps, what makes the Rock stand out more are its popular legends dating back to as early as the 16th Century. There’s folklore of Tonkawa, Comanche, and Apache tribes ascribing spiritual and magical powers to the rock – and thus its name, ‘Enchanted Rock.’

Should you decide to take a hike, you will find a plaque with the story about Ranger John Coffee Hays, who, as the legend goes, held off an Indian raid for around three hours while waiting for help to arrive – all that time using the natural rock formations as cover.
Email ThisBlogThis!Share to TwitterShare to FacebookShare to Pinterest
Labels: Fredericksburg History, Texas Hill Country History, Things To Do in Fredericksburg, Things To Do in Texas Hill Country
Newer Post Older Post Home