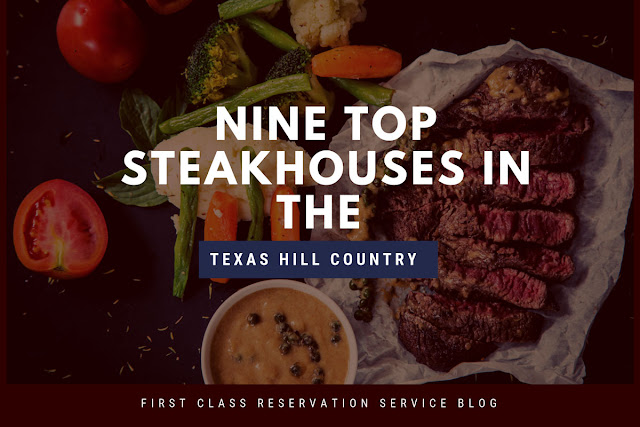 Texas and steak. Steak and Texas. They are as synonymous as Boston and lobster. Or Cajun and etouffee.

The Texas Hill Country encompasses the Edwards Plateau region where South Texas, Central Texas and West Texas intersect. The region includes cities such as San Antonio, Austin, New Braunfels, Fredericksburg, and Blanco, to name a few. The region is highly diverse, with influences from Germany, Spain, Mexico, and the cattle drivers of the Old West.

Texas is the top cattle-producing state in the U.S., going back to the mid to late nineteenth and early twentieth century cattle-driving days. Those wranglers rode all day and then sat down for a plate of what had been standing right there in front of them. The tradition continues with “steak night” in Texas served up any night of the week. 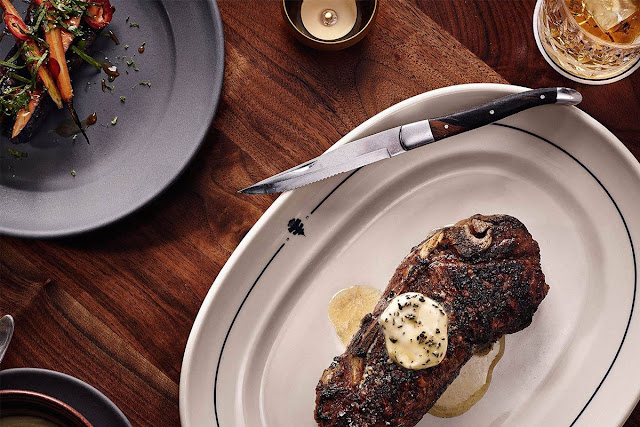 Myron’s is a family enterprise that consistently wins culinary awards. In recent years, Myron’s has been recognized as “Best Steakhouse” by San Antonio Magazine, “Diners’ Choice” Winner by Open Table, and Wine Spectators' "Award of Excellence". As guests step into the New Braunfels location, they find themselves in a remodeled 1924 movie theater in the downtown area, with the restaurant office located in the old projection booth. The décor is intimate and ornate, complete with stamped tin ceilings. The San Antonio location is newer with modern Texas flair, a bar with outdoor seating, and a dedicated wine bar.

And then there are the steaks: Chicago prime corn-fed USDA beef. The steaks are hand-picked and dry-aged for 14 days and then wet-aged for 28 days. This process tenderizes the beef naturally and improves the natural flavor. Smaller appetites can focus on the 8oz filet or couples can share the 24oz Chateaubriand for two. Other entrees include seafood dishes, pork chops, and chicken. 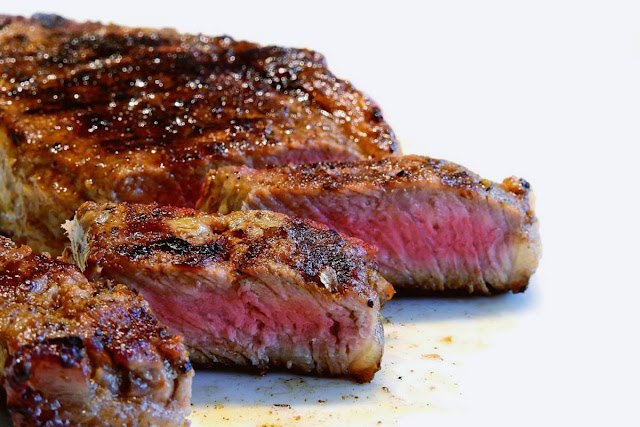 Located near the Riverwalk in a historic building, Chef/Owner Bohanan grills large cuts of Akaushi beef over fragrant mesquite wood. The restaurant is designated with the AAA Four Diamond rating as well as Wine Spectator’s "Best of" Award of Excellence. Guests overwhelmingly rate Bohanan’s “Excellent” with the highest stars given for atmosphere, service, and food. 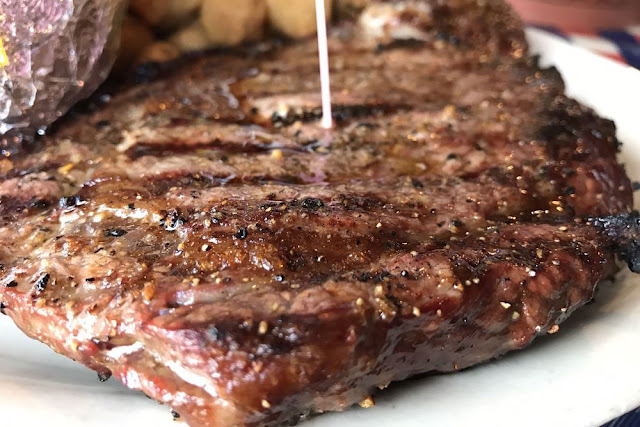 Named one of the "Top 10 Best New Restaurants” by Bon Appétit Magazine, Jeffrey’s features a seasonal menu complete with a wide array of wines. Jeffrey’s grills their steaks over local live oak and then finishes them off under a broiler. There is a size for every appetite, from the 6oz petit filet to the 42oz Porterhouse. Diners can then choose from an eclectic assortment of sauces and toppings, such as traditional béarnaise to chimichurri. 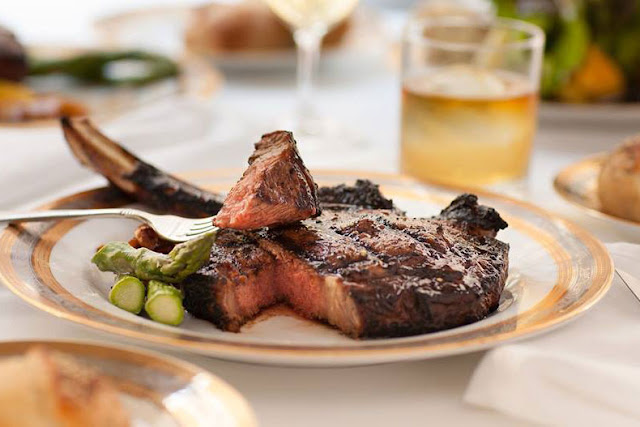 This is a locally-owned restaurant operated by the Humphrey family. The focus is on the food, and they do a great job of it. Steaks are hand-rubbed with the Humphrey-family special spice and then cooked over a mesquite wood fire. Diners consistently rate the steak as top notch. 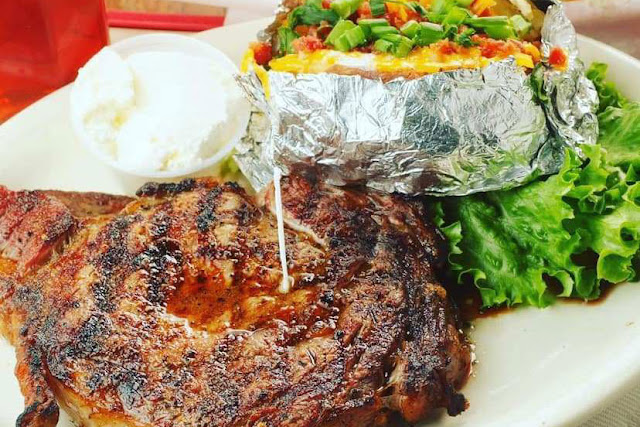 You will think you’ve been transported back to the Old West, but this rustic steakhouse has been awarded four consecutive TripAdvisor awards for "Top American Cuisine" and "Top Steakhouse" in Kerrville for 2015, 2016, 2017, and 2018. Located inside the Y.O. Ranch Hotel, it is best known for its 10oz or 14oz New Orleans Ribeye steak, which is marinated in Cajun spices for 36 hours. 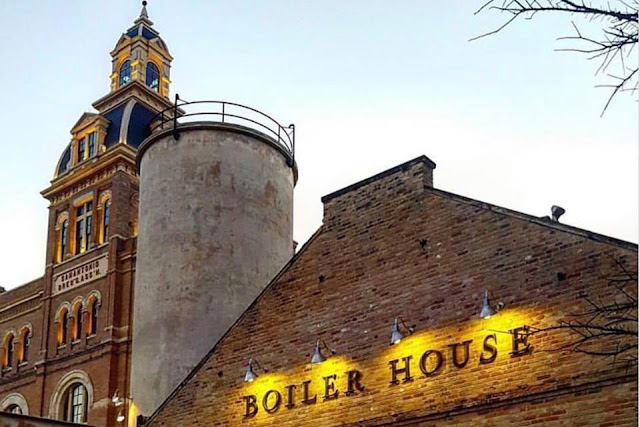 It isn’t often guests can dine in a 130-year old boiler room but this grill and wine garden, located in the historic Pearl Brewery, is aptly named. Most of the original building and fixtures are intact, and the restaurant encompasses 6,200 square feet spread out over two levels, ready to accommodate both casual and formal affairs. Outdoor seating is also available. The beef entrees run the gamut from an 8oz Filet Mignon to a 32oz Tomahawk Ribeye for two (or one very hearty appetite). 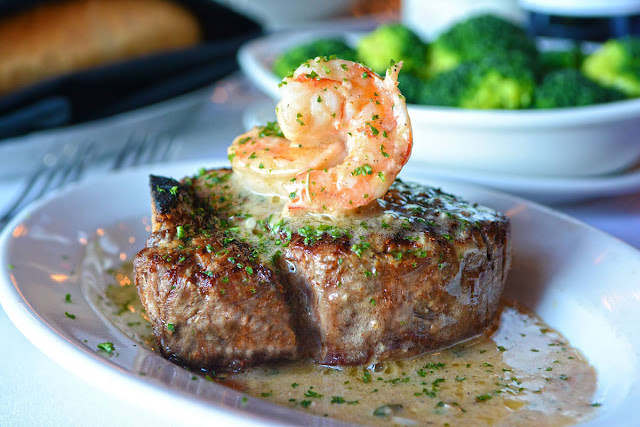 So, what’s a fish camp doing on a list of the top steakhouses? It must be because they do it so well, including a large selection of steak dishes as well as combinations of seafood right beside that great steak. Doc’s is a family-friendly, casual spot, with steaks marinated in a special sauce, ready for the grill. Come for the steak and stay for the live music in the Ice Chest Bar. 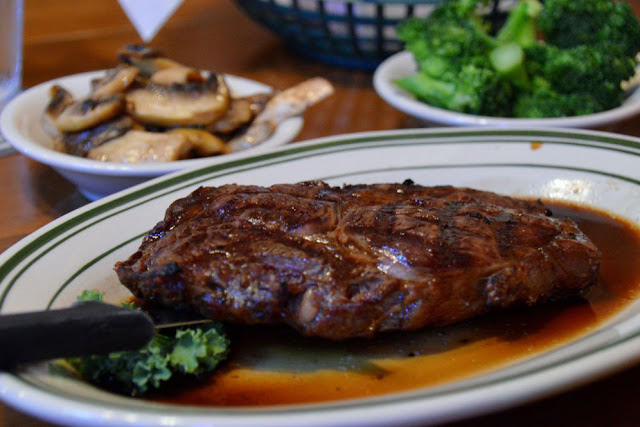 Texans will tell you that a worthy night out involves great food, live music, and ice cold beer. Diggs will tell you they have all three and they do them all well. The ambiance may be quaint and country, but the food is top notch. Their regulars come back for the juicy mesquite-grilled steaks, as well as country, blues, or 80s music live in the bar. Service is efficient and friendly and often the subject of rave reviews.

Located in the JW Marriott Resort and Spa, 18 Oaks features locally sourced meat and produce. Local cattle ranches provide the Black Angus beef used in the restaurant. It also maintains its own 5000 square foot organic garden, producing an array of herbs and vegetables right on the hotel property. All of these fresh products form the basis of the restaurant’s exceptional meals.

Steak choices range from the 7 or 10oz Filet Mignon to the 20oz T-Bone. Or diners can feast on a 16oz classic K.C. Strip, Bone-in or Boneless Ribeye, or Coulotte steak.